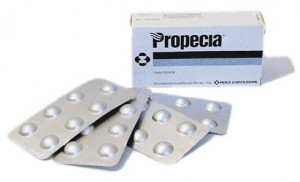 Propecia (Finasteride), a commonly-prescribed drug treatment for androgenetic alopecia, is hazardous to one’s neuro-endocrine functioning and can lead to Sexual Exhaustion.

How is Propecia leading to Sexual Exhaustion?

Propecia affects an enzyme called 5 Alpha Reductase which is responsible for Testosterone to DHT conversion. This immediately results in somewhat higher Testosterone and lowered Dihydrotestosterone (DHT) levels. The usual percentage of alteration is about 15 to 20%, which may seem low but in the context of proper organism functioning is actually extremely significant. The manufacturer’s notion that DHT is an insignificant hormone and can be inhibited without serious consequences is completely false. DHT is an androgen times more potent than Testosterone and is directly responsible for:

The mentioned phenomenon will result in a rather violent tissue alterations on a biochemical level. Prostatic, penile, and sexually related tissue fragility and loss is expected. It, in turn, will result in decreased semen volume, decreased penile size and fibrosis (firm flaccid penis and possible peyronie’s disease), and erectile dysfunction. The loss of elasticity could also result in a further abrasive damage through forceful low quality prostaglandin E2 filled semen ejaculatory contractions. Nerve damage has frequently been documented as well.

Inhibitory neurosteroids act as inverse agonists of GABA(a) receptors and other neurotransmitters involved in inhibitory actions on neurotransmission. This means that 5 Alpha Reductase is actually directly needed for the proper serotonin – GABA nervous modulation on excitatory and inflammatory response.

Inhibitory neurosteroids possess anxiolytic, stress-reducing, prosocial, anaesthetic, prosexual, and antidepressant effects. Not surprisingly, neurosteroids have been proven to be involved with neuroplasticity, memory, behavior, and responses to stress, depression, and emotions.

The connection between 5 Alpha Reductase and neurosteroid biosynthesis is unquestionable, as it is the effects these neurosteroids on one’s physical and mental health.

In many instances, Propecia won’t actually lead to any notable side effects. This is true predominantly for individuals who didn’t suffer from any of the stages of Sexual Exhaustion prior to administration of Propecia.

Men that were affected by stages of Sexual Exhaustion before taking Propecia are the ones that usually experience the worse side effects. It is so through the inability of one’s organism (in it’s already exhausted state) to cope with the percentage of alteration caused by Propecia. Post-Finasteride Syndrome is, in fact, a variation of Sexual Exhaustion.

Sexual Exhaustion, combined with a sharp lowering of neurosteroids and androgens (as a result of Propecia) will lead to a “breaking point” and a cycle of inflammation. At this point, it’s extremely difficult for an organism to recover by itself.

It’s important to understand that Post-Finasteride Syndrome is a self supporting cycle through:

1.) Lowered and, more frequently than not, imbalanced levels of dopamine, serotonin, acetylcholine, and GABA, which results in a deranged organism functioning and a wide range of symptoms. The most notable consequence of this is, however, the inadequate serotonin – GABA nervous modulation on excitatory and inflammatory response. Naturally, this results in excessive excitatory – inflammatory responses which are actually acting as a catalyst for the creation of a negative neuronal plasticity. This effect comes as a consequence of the once handy quick and effective organism behavioral modulatory adaptation during times of extreme external stressors (wild animals and threats that needed fast and prolonged behavioral adaptation on neuronal level).

2.) Adrenal gland adjustments to chronically create more stress and inflammatory hormones, at the expense of DHEA.

3.) Mild to moderate artery constriction (due to constant sympathetic functioning) for less blood and even increased inflammation.

5.) Low androgen levels to insufficiently modulate energy levels, tissue and testicular health, numerous hormonal conversions and proper neurotransmitter homeostasis will result in a vicious cycle of inflammation to suppress them even further.